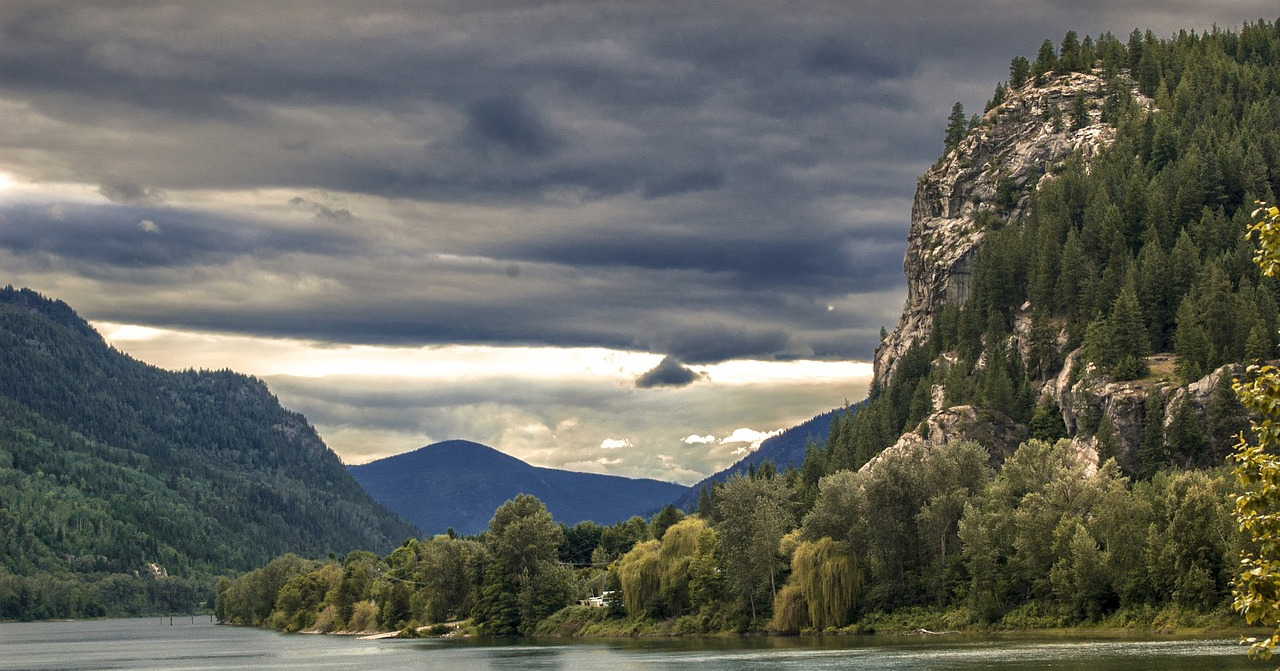 The smoke from burning trees of West Coast states has blotted out positive news from the Great White North.   British Columbia has deferred logging on more than 353,000 hectares of forest land, including old growth forests from the west coast of Vancouver Island to the interior rainforests of the Selkirk Mountains..

“This is a big deal,” Peter McCartney of the Wilderness Committee in Vancouver posted last week as the provincial government released a report entitled A New Future for Old Forests.

But the report signals, at last, a province-wide planning process for its coastal rainforests, and impressive but heavily cut interior forests where rain clouds from the coast reach the Monashee, Cariboo, Selkirk and Purcell Ranges..

“For many years, there has been a patchwork approach to how old growth forests are managed in pour province and this has caused a loss of biodiversity,” said B.C. Forests Minister Doug Donaldson.

Back in the 1990’s, British Columbia acquired – and deserved – the nickname “the Brazil of North America” for the speed at which it was liquidating rainforests.  The province log saw its resource economy as cutting trees, extracting natural gas, digging mines and damming rivers.

Logging was aggressive.  “I tell my guys if they see a spotted owl to shoot it,” B.C. forest union leader Jack Munro memorably told the New York Times.

The province has experienced memorable confrontations between greens and loggers, notably on Vancouver Island.  The conservation movement did save such places as the Carmanah Valley, where a young mapmaker/photographer named Randy Stoltmann discovered Canada’s tallest trees.

Overall, however, logging continued apace:  An estimated 140,000 hectares of old growth have been logged each year. British Columbia estimates that 23 percent of its forests are old growth, defined as trees 250 years or older on the Coast, and 150-plus years in the interior.  But the figure may be inflated thanks to inclusion of boggy areas and alpine trees.

British Columbia has expanded its provincial park system, much of its in high mountain places.  As with wilderness area in Washington, British Columbia acquired numerous protected glaciers.  A few choice valleys, such as the magnificent Cummins River in the Canadian Rockies, did gain protection.

The province’s governing party, the left-leaning New Democrats, is a coalition that includes rival camps, urban conservationists and forest unions.  The NDP government of Premier John Horgan has survived in the B.C. Legislature thanks to votes from three members of the Green Party.

The 353,000 hectares includes lands familiar to recreationists from “the States,” although we are banned this year due to the COVID-19 pandemic.

“The prevailing weather patterns bring water from the Pacific Ocean into the mountains:  Topography wrings this water out of the air as it is forced to rise on its way up the mountainsides,” David Moskowitz wrote in his book Caribou Rainforest, names for the small, reclusive and critically endangered woodland caribou that inhabit the forest. A woodland caribou population in northeast Washington has gone functionally extinct.

Saving the Incomappleux has been a cause of people in Kaslo, a gorgeously situated little town on Kootenay Lake.  As Torrance Coste of the Wilderness Committee points out, “Governments don’t do anything unless people make them, and this move is the result of leadership by Indigenous Nations and decades of activism by folks across the country.”

Working out a policy that keeps ancient forests standing, and mills operating, is a formidable task.  Donaldson, the forests minister, said last week:  “I do believe that there is enough good will on everyone’s part for this to happen.”

Still, the forest industry is beleaguered.  The conservationists point to the ever-shrinking amount of temperate rainforest available for saving. The British Columbia government will be negotiating nation-to-nation with Aboriginal First Nation Tribal governments, known for their own divisions.

Want to know what’s being fought over?  Plan a post-pandemic excursion to Tofino and Clayoquot Sound.  If you are sailing the west coast, explore the Tahsis River-McKelvie Creek environs on Nootka Sound.

Or, to see an interior rain forest, hike the fabled trail into Berg Lake, at the foot of 12,972-foot Mt. Robson, highest peak in the Canadian Rockies.  Robson is a BIG mountain, which stops enough precipitation to create magnificent forests at its base.

Joel Connelly
I worked for Seattle Post-Intelligencer from 1973 until it ceased print publication in 2009, and SeattlePI.com from 2009 to 6/30/2020. During that time, I wrote about 9 presidential races, 11 Canadian and British Columbia elections‎, four doomed WPPSS nuclear plants, six Washington wilderness battles, creation of two national Monuments (Hanford Reach and San Juan Islands), a 104 million acre Alaska Lands Act, plus the Columbia Gorge National Scenic Area.
Previous article
A Thank-You to Bill Gates, Sr., 94: All the Things We Strive To Be.
Next article
Your Health Care Providers Compared [UPDATED]