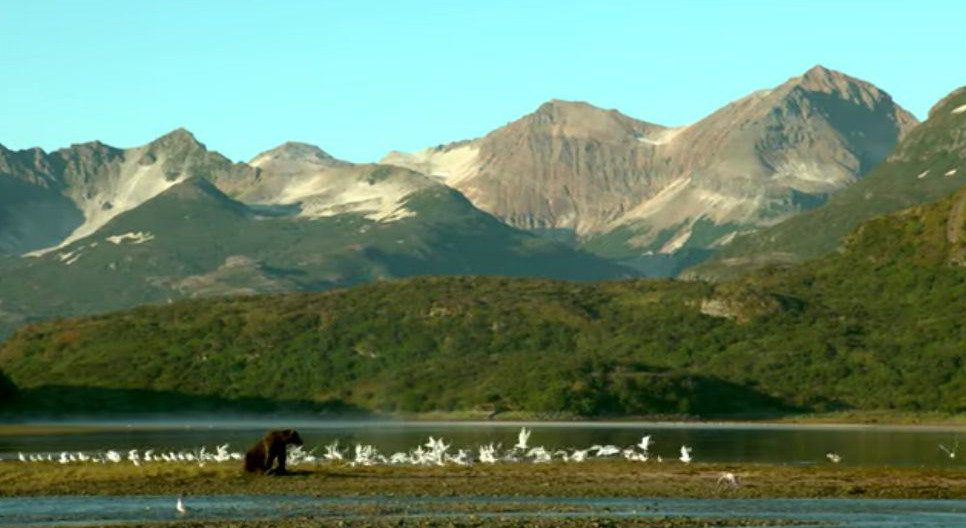 Trump Revives Alaska’s Pebble Mine, Igniting The Mother of All Mining Fights

The giant proposed Pebble Mine in Alaska, recently resurrected by the Trump Administration, would span 13 miles in an open mining pit, plunked down between two of Bristol Bay’s most pristine and productive salmon spawning streams. A massive industrial operation would invade and forever alter the site of  the world’s greatest sockeye salmon fishery.

The project “would not be expected to have a measurable effect on fish numbers, and [not] result in long-term changes to the health of the commercial fisheries of Bristol Bay,” the Army Corps of Engineers said in a final environmental impact statement released last month. The Corps reached this conclusion while at the same time predicting the mine will, in its first phase, impact between 2,226 and 2,261 acres of wetlands and impact 104.1 to 105.8 miles of streams.  Estimates from an EPA evaluation during the Obama administration were much higher. The “fish numbers” are an average annual harvest of more than 30 million salmon.

The most succinct criticism has come from, of all people, Donald Trump, Jr., who when not hunting rare animals participates in the $150 million annual recreational fishery of Bristol Bay.  “The headwaters of Bristol Bay and the surrounding fishery are too unique and fragile to take any chances with,” said Trump, Jr. Dad disagrees. The Trump Administration go-ahead reverses a 2014 determination, made by the Obama administration under the Clean Water Act, that the mine would threaten the great $1.5 billion sockeye salmon fishery and 14,000 jobs that come with it.

President Trump promised a “fair” decision, responding to a question about Donald Junior’s opposition to Pebble. The Trump Administration’s top priority in Alaska is to get oil leasing underway in the Arctic National Wildlife Refuge. Trump could conceivably give thumbs-down to Pebble, but the mine is opposed by the rod-and-gun (rich) sportsmen who are among his fans. You cannot forecast the future of a chaotic confounding presidency‎.

The Puget Sound area has a lot of fish nets in this fight.  A total of more than 1,100 fishers based in the Northwest corner of the “lower 48” have licenses to fish in Bristol Bay.

Sen. Maria Cantwell, D-Wash., has been a trenchant critic of the Pebble Mine. She championed EPA studies under the Obama administration, which catalogued the miles of streams and acres of wetlands that would cease to exist were the project built. Another factor catalogued was the potential collapse of an earthen tailings dam that would hold back 10.8 billion tons of toxic mining waste.  Bristol Bay is in an active seismic zone.

“The science is clear:  You can’t put a gold and copper mine on top of the most productive salmon run in the world and not have substantial and permanent damage,” Cantwell said last week.  “Salmon and mining simply don’t mix.”

The mining industry has generated great controversies in the West, and one recent disaster. Using the 1872 Mining Law, which gives industry carte blanche to exploit public lands, Kennicott Copper proposed in the 1960s to build a half-mile-wide copper mine in the midst of the Glacier Peak Wilderness Area.  It was featured in a famous Sierra Club newspaper ad headlined:  “AN OPEN PIT VISIBLE FROM THE MOON.”

What ensued was a seminal battle in the history of American conservation, and a memorable chapter for John McPhee’s book “Encounters with the Archdruid.”  U.S. Supreme Court Justice William O. Douglas led a hike against the proposed mine.  Mt. Vernon physician Dr. Fred Darvill bought three shares of Kennicott stock, and carried a picture of Image Lake and Glacier Peak to the floor of the company’s stockholders meeting. The price of copper, the prized location, and a private warning from Sen. Henry Jackson about possible reform of the 1872 Mining Law, turned back the project.

We’ve seen a recent mine disaster in the Northwest.  On August 4, 2014, a tailings dam breached, unleashing a 1.5 square mile tailings pond full of toxic copper and gold mining waste.  A total of 6.6 billion gallons of contaminated materials poured into Polley Lake, and followed Hazeltine Creek into Quesnel Lake. The materials were of limited toxicity, but Quesnel Lake hosts one of the four giant sockeye salmon runs of the Fraser River.  The Mt. Polley disaster put it all together — negligent government inspection, a provincial government in the pocket of mine owner Imperial Metals, and absolutely no punishment of the mine operator. Imperial Metals was soon allowed to begin operating a new mine at the headwaters of the Iskut River, principal tributary of the great Stikine River, itself a major salmon stream and Aboriginal First Nations fishery.

The dimensions of the Bristol Bay fishery have made Pebble Mine the mother of all mine battles.  In arguing against the project, Sen. Cantwell doesn’t deliver paens to God’s great out-of-doors, but statistics on the salmon fishing industry. Its commercial fishery is worth $1.5 billion annually, sustaining 14,000 jobs of fisher folk and cannery workers.  The recreational fishery, marked by luxury lodges and a global clientele, is worth $150 million and sustains 1,000 jobs.  The Bear Trail Lodge on the Nakneck River hosted Eric Trump’s bachelor party in 2014.

The salmon of Bristol Bay draw the state’s largest concentration of brown bears.  Two of America’s “crown jewels”, Katmail and Lake Clark National Parks, are in the area.

The opposition to the mine has embraced the jewelry industry.  Tiffany & Co. and Ben Bridge have spoken out against the proposed mine.  Whole Foods opposes the mine. Chefs in the Northwest have supported the opposition. Bristol Bay natives have mounted lawsuits challenging the Corps’ findings and its competence.

Joe Biden has entered the fray with a statement saying:  “It’s no place for a mine. The Obama-Biden administration reached that conclusion when we ran a rigorous, science-based process in 2014, and it is still true today.”

Multi-national mining companies have pulled out, but the Pebble project’s Canadian owners – Northern Dynasty Miners, parent of the Pebble Limited Partnership – press on.  Beyond the mine, the project would require a 270 megawatt power plant, 82 miles of two-lane road, and dredging a port in Illiamna Bay.

The neighborhood, and the Bristol Bay salmon fishery, may never be the same. History does not show the mining industry to be a good neighbor.