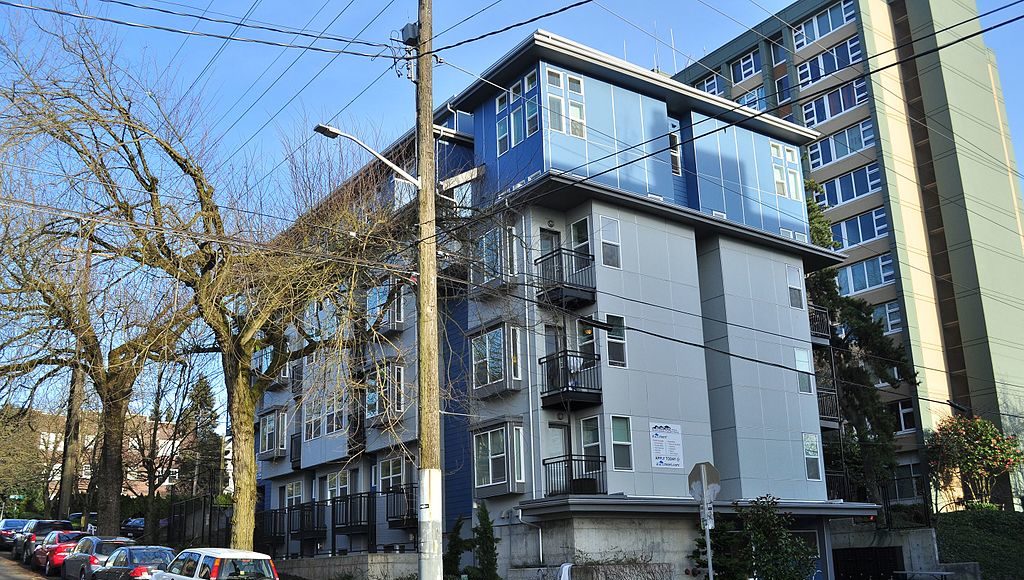 Low-Cost Housing: Here’s the way to do it

As Seattle Mayor Jenny Durkan and the City Council gear up for another round of volatile hearings about the city’s response to homelessness and encampments sweeps, let’s take stock of some of the mistakes and collective blind spots that hinder Seattle’s efforts to solve this problem.

At the moment, the Council is considering emergency legislation to limit the city’s ability to remove unsanctioned encampments unless unsheltered individuals can be offered “individual housing.” The Council wants to spend more money on hotel rooms as an alternative to the group quarters that are typical in our shelter system.

Sound familiar? This idea may have originated as a COVID-19 response, but it happens to resemble Housing First, a strategy that forms the core of The Path Forward, Seattle’s official (but largely neglected) homelessness strategy.  Renting hotel rooms is the order of the day because we don’t have any other suitable housing stock available. Despite having a housing-first homelessness strategy on the books for years, the city hasn’t moved to create the kind of housing we would need to put such a policy into effect.

What kind of housing is that? As it happens, the hotel rooms we are discussing today have a lot in common with microhousing, where people rent individual private bedrooms while also sharing some common amenities like bathrooms and kitchens. Hotel rooms are an expensive ad-hoc solution, whereas microhousing is the most effective tool we have to build the most housing for the least amount of money.

Here’s why we are bogged down. Our policymakers acknowledge that we desperately need a new supply of basic housing to get our most vulnerable citizens off the streets. We have limited funds to make this happen. Building microhousing for use as transitional housing, or renting it from private developers, is the most obvious way to move forward. But we don’t. Paradoxically, private developers have been effectively banned from building microhousing in meaningful quantities since 2014. Non-profits haven’t stepped in to fill the void. Neither the City Council nor the Mayor seem interested in breaking this logjam.

I am not a detached observer of these events. I’m an architect who specializes in the design and development of microhousing. For the most part, my work has focused on building these projects as a workforce-housing solution that provides people with modest incomes the opportunity to live closer to the city core with better access to work, culture, education, and opportunity. Years ago, I served as a member of the HALA (Housing Affordability and Livability Agenda) committee, convened by Mayor Ed Murray.. As part of that group I helped convince my fellow committee members to include a fix for the 2014 microhousing ban into the HALA agenda. I’ve been banging this drum ever since.

The arc of this sad story begins in 2008, when Seattle developers discovered a loophole that allowed high-density rooming houses in low-rise zones that were intended for the development of low-density multi-family like townhomes or small apartment buildings. The result was a microhousing boomlet that at its peak produced more than 1,800 units per year.

A broad political backlash soon followed, motivated by interests ranging from simple NIMBYism to well-meaning paternalism. Policymakers reached for the brake lever and in 2014 passed changes to the land use code that reduced this river of low-cost housing to a trickle. Very soon the city’s planning and development leadership acknowledged their mistake. In the past few years, removal of the strangling restrictions on microhousing has been urged by Mayor Murray’s Housing Affordability and Livability Agenda (HALA), and Mayor Durkan’s Affordable Middle Income Housing Advisory Council (AMIHAC).  Despite all of these official misgivings, neither the executive nor the council has taken any action on this issue. No one wants to stir up trouble with the powerful constituencies who put the deep freeze on microhousing in the first place.

We can’t go on this way. Many of the problems we face as a city have their origins in a lack of sufficient basic housing. Two generations ago, 5-10% of the housing stock in many American cities (including Seattle) was single room occupancy (SRO) housing. SROs provided basic no-frills housing for people with modest incomes and kept folks at the bottom rung of the socioeconomic spectrum housed. Much of this housing was aging, some of it was unsafe. But its primary sin was that it was occupied by people of limited means, some of whom suffered from addiction, mental health problems, and other challenges for which we still don’t have an adequate social safety net.

In the decades following World War II, American cities embarked on a campaign to combat poverty and urban disorder by removing the housing where the poor and disorderly lived. The trend accelerated in the 1960s through the 1980s, as cities offered incentives to demolish or convert their SRO housing to other uses. In doing so, we created the epidemic of homelessness that defines contemporary urban life. New York City lost over 100,000 units of SRO housing in the 1980s. They now have 75,000 people sleeping in their shelter system every night.

Here’s what I propose to move beyond today’s quagmire towards a more affordable, more equitable, and more housed city:

Second, encourage non-profits to build microhousing. The prohibitions on microhousing that apply to market-rate developers have never applied to housing nonprofits. But these non-profits have not chosen to build dense microhousing, opting instead to build conventional apartments even for transitional housing for people coming straight off the streets.

Third, repeal several administrative policies and zoning regulations that make small efficient housing significantly larger and more costly to build. These include recent administrative rules on how to calculate minimum interior areas of housing units, as well as a few obscure but significant regulations that regulate the amount of bicycle parking and the amount of space given over to in-building waste rooms for garbage collection.

Fourth, allow non-profits to use housing levy and Mandatory Housing Affordability (MHA) funds to purchase or master lease congregate housing produced by the private market. Nonprofits have to navigate a maze of regulatory burdens that make it difficult for them to produce housing efficiently. By the same token, private companies lack the expertise and the mission focus needed to house and serve vulnerable populations. Public-private partnerships, with private developers producing the housing and non-profit organizations operating them and delivering the associated social services, would leverage the best of both worlds and get help to the most people.

And finally, take advantage of the expert advice already sitting on our (virtual) bookshelf. The HALA, AMIHAC, and The Path Forward reports cited above are three commissions convened in the last five years that all support the advice I am offering.

We over-regulated ourselves into this mess, so we can turn it around with the stroke of a pen. Let’s take advantage of this time of urgency and public health crisis, as we rethink many of our approaches to housing and homelessness, to find the political backbone to take our own advice and work to provide a home for all Seattleites. 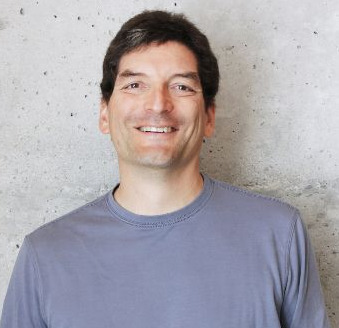 David Neiman
David Neiman is principal in the architecture firm of Neiman Taber Architects, founded in 2000 and located in the Madrona neighborhood of Seattle.
Previous article
The Coronavirus Pandemic Adds New Twists to ‘The Good Death’
Next article
Celebrating Cinerama – It Made Watching Movies an Event