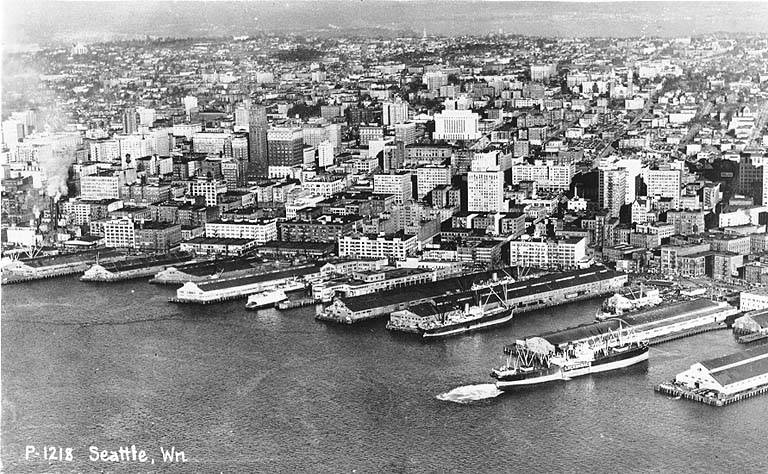 Ellis’s very large personal investment in community building is legendary. It begins with the touching story of his reaction to his older brother’s death in World War II. Hearing Ellis describe his transformation into a civic workhorse puts most of us to shame for our modest efforts. He certainly did well by doing good, but few will succeed at, or even attempt, the life he led.

And the projects! These can be recited from memory: Metro and Lake Washington, Forward Thrust (Kingdome, pools, Marymoor and Luther Burbank and Freeway parks, wastewater lines, and almost a rail transit system), farmlands preservation, Convention Center, Mountains to Sound Greenway. Most of us feel fortunate to have success in one big thing in our lives, and Ellis had half a dozen.

But between these two threads of tribute lies something else that is less easy to describe: a Seattle-accented way of getting things done.

When Ellis came onto the scene in the late 1940s, Seattle was in a slump. Having gotten all puffed up with airplane factories and shipyards during the war, the region was still figuring out how to transform itself into a civilian economy. Seattle had experienced remarkable periods of growth in the past, and there was no reason to believe that the post-war slump would last. Indeed, the region grew at a remarkable clip in the 1960s and 1970s.

The problem was how to grow with strength and grace. Ellis did not approach this question with big, elaborate master plans. Rather, he took on large, discrete problems and opportunities, perhaps assuming that the smaller ones would get resolved in time.

But the question persists: How did he get all that stuff done? Anyone with gauzy notions that things were easier back then — the myth of the ten white guys with cigars calling the shots from the Rainier Club — has not studied much regional history. Getting stuff done was hard back then, too.

A few items from the Ellis method could be instructive to us today:

There may be another Jim Ellis in our region’s future, but the odds of such an individual’s emerging are long. Leaders today would, however, be foolish to ignore the methods behind his success. The Jim Ellis playbook should be dusted off and referred to often.

Michael Luis
Michael Luis is a public policy consultant who has been wrestling with housing, growth and economic development issues around Washington State for over 30 years. He is author of several books on local history and served as mayor of Medina.
Previous article
Review: Seattle Opera’s Cinderella – Dickens Meets Rossini Meets Tim Burton
Next article
How Many Carbs In Today’s News?