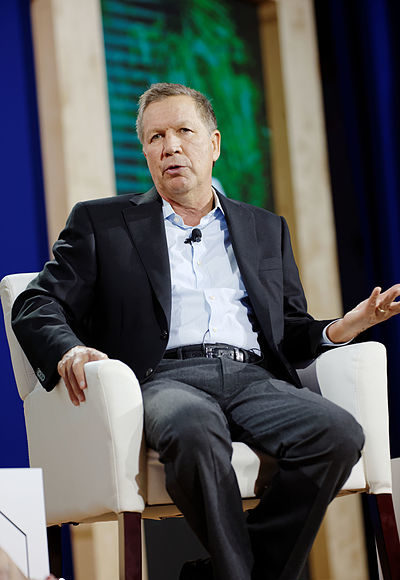 Former Ohio governor John Kasich has been the most prominent and consistent Republican critic of Donald Trump, but he’s shying away from the necessary (and patriotic) mission of a lifetime–challenging Trump for the 2020 GOP nomination. He’s told his top political staff to stop planning for a run and has said publicly that he “sees no path for me in 2020.”

I know him and his top staff and have been urging him in print and in emails to run for two years now. So earlier this week I sent him this email, which I’m sharing with the world because I got no reply:

Dear Governor, I’m writing to urge you to reconsider (and reverse) your evident decision not to challenge President Trump in 2020.

You’ve been his most consistent and eloquent Republican critic as he tears the country apart, sides with US adversaries and undermines US alliances–and (it’s not too much to say) threatens American democracy. I realize that, at the moment, running against him seems like a political suicide mission, but that may not always be true as his offenses against the Constitution are unmasked and fair-minded Republicans realize that he’s unfit to hold the office. (I often encounter Republicans who wish you’d won the 2016 nomination, some who wrote you in given the choice of Trump and Clinton.)

Even if most Republicans stick with him next year, challenging him would be a service to the country. You (alone in the party, to my mind) could most effectively call on Republicans to remember they’ve been the party of Lincoln, Theodore Roosevelt, Dwight Eisenhower and Ronald Reagan–not of demagogues and scoundrels. Defeating Trump looks daunting, but I could see you wounding him in states like New Hampshire and California and rallying dismayed Republicans. Moreover, your message of unity, decency and conservative principle would serve as a stark contrast to Trump’s self-obsession and divisiveness.

I’m urging Never Trump Republican friends, some fellow Independents and  even Democrats to similarly importune Kasich. History shows that when an incumbent president gets a serious primary challenge, he often loses the general election.